‘Absolute Chaos’ in South Africa as Flights Grounded Over Omicron 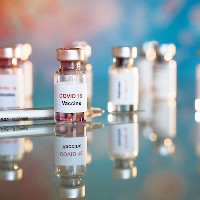 Disbelief and confusion washed over South Africa as the announcement of the discovery of the Omicron COVID-19 variant grounded flights and raised fears of a hard lockdown in Africa's most developed economy.

Flights from the country to the United States, United Kingdom, and nations in Europe were swiftly banned after South African scientists officially announced the discovery of the virus strain on Thursday.

"Things are changing by the minute and we are left in the lurch. We had planned to stay in the United States for December and now we are stuck".

Daily coronavirus infections have risen 13-fold since early November with 3,220 new cases reported on Saturday. Eight deaths brought the total to 89,791 in South Africa since the onset of the pandemic.

About 600 passengers on two KLM flights from Johannesburg to Amsterdam were left stranded on the runway at Schiphol Airport after panic set in following the announcement.

"It's naive for developed countries to believe they can stop the spread of this variant with a blanket ban on countries in Southern Africa. The virus has already found its way into these societies from individuals that haven't even travelled to or come into contact with anyone from Southern Africa," Shabir Madhi,a South African vaccinologist, told Al-Jazeera.

"The fact that it was discovered here does not make it a South African variant, it was merely discovered here. In South Africa, we have one of the globe's best COVID-19 sequencing capacities based on our experience with treating HIV and TB. We have been ahead of the game for a while now and we are thus a victim of our success".