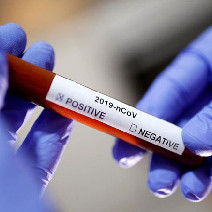 China has placed about 17 million residents under lockdown, as virus cases doubled nationwide to nearly 3,400 and anxiety mounted over the resilience of its 'zero-COVID' approach in the face of the worst outbreak in two years.

The Southern tech hub of Shenzhen - home to about 13 million people - told all residents to stay at home as it struggles to eradicate an Omicron flare-up linked to the neighbouring virus-ravage city of Hong Kong.

The lockdown and a suspension of public transport will last until March 20, a city government notice said, adding that it would launch three rounds of mass testing.

A nationwide surge in cases has seen authorities close schools in Shanghai, China's biggest city, and lock down north-eastern cities, as almost 18 provinces battle clusters of the Omicron and Delta variants.

The city of Jilin, centre of the outbreak in the north-east, was partially locked down on Saturday, while residents of Yanji, an urban area of nearly 700,000 bordering North Korea, were confined to their homes on Sunday.

China, where the virus was first detected in late 2019, has maintained a strict 'zero-COVID' policy, enforced by swift lockdown, travel restrictions and mass testing when clusters have emerged.

But the latest flare-up, driven by the highly transmissible Omicron variant and a spike in asymptomatic cases, is testing the efficacy of that approach.

Zhang Yan, a Jilin health commission official, conceded that the response from local authorities had been lacking.

"The emergency response mechanism in some areas is not robust enough," he said at a pressing briefing on Sunday. "There is insufficient understanding of the characteristics of the Omicron variant... and judgement has been inaccurate".